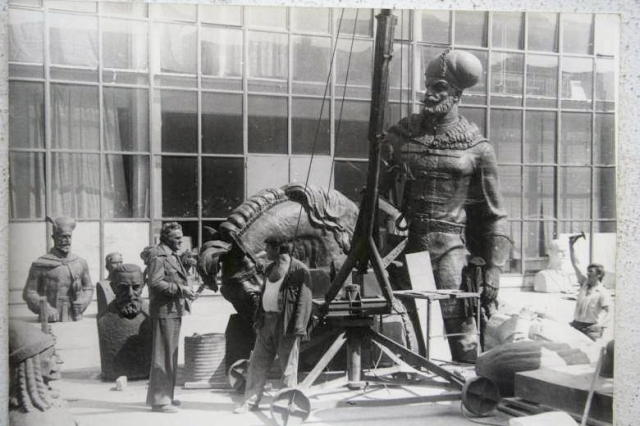 The project proposes to write a monographic study of the Union of Visual Artists of Romania (UAP) in the period 1950-2010 in the absence of a landmark study of one of the most important communist and postcommunist organizations that administers, controls and represents visual artists. The period of analysis includes both the communist regime, as well as the first 20 years of the democratic regime (1950-2010) so as to be able to capture in detail the transformation it suffered as a consequence. The project advances an analysis at several levels of this organization: an institutional sociologic approach, an analysis in terms of members and leading teams (elites), a research of the legal statutes that UAP went through and the definition of the artist, the relation with the communist and democratic state through a case study – that of producer of public monuments in Bucharest. The analysis of the relation with the Romanian state will include several types of interactions between the state and the artists through the investigation of archive documents unexploited until now (UAP, CNSAS, ANR, etc.), of interviews with those that governed the UAP and through the use of the methods specific to the analysis of the interdisciplinary field of art and politics. The project will disseminate its results through an international conference, a database with the UAP members, an index of the monuments realized by the UAP in Bucharest, as well as the publication of a monograph of UAP, of a volume including the presentations at the international conference, and a volume with archive unpublished documents.

Expected Research Results
A volume of archival documents to be published in 2016.

A volume of the presentations at the international conference organized in November 2016 to be published in 2017.

A monograph of the Union of Visual Artists in Romania (1950-2010).
A database with the members of the UAP.

A database with the monuments realized in Bucharest by the Bucharest branch of the UAP.